There is a considerable amount of history to Fulford Parish which we hope you will find as interesting as we do.

Fulford village stands on one of the tributaries of the River Blythe to the south of the route of the old Roman Road that passed through Draycott and Blythe Bridge and on to the Stoke boundary. 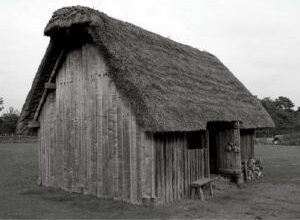 At the time of the Domesday Book of 1086 there were only about 3,000 people living in Staffordshire, or ‘Stadfordscire’ as it was called, and Fulford was known as ‘Foleford’, literally meaning “foul or dirty ford”, or “full ford” according to some modern scholars. The actual settlement of Fulford consisted of one virgate of land (about 30 acres) which was held by the Anglo-Saxon Almar, the last Earl of the Royal House of Mercia, and there was land for two ploughs, the remainder of the land being divided amongst the few inhabitants of the village. Their rough timber and thatch houses would have been built at random within an earthen wall or ditch, and would probably have been quite small and simple with sunken floors.

Almar would have lived in one of them and would also have had
a home farm and a team of about eight oxen. The other houses would have been occupied by villeins, or unfree tenants, who probably had one or perhaps two oxen each and a few acres of arable land, given on the understanding that they ploughed the Lord’s land in the spring and provided oxen for the Lord’s
plough team. In addition each of them would have had to undertake to work for the Lord of the Manor for three days a week, or pay a yearly toll.

The men in the village would have done all the hunting and fishing, whilst the women would have cleaned and cooked, milked the goats and ewes, sheared the sheep, and made all the clothes. Hay for the animals would have been cut on the meadowland. Somewhere nearby there would probably have been a large tree or mound at which the Moot was held to manage the affairs of the village, such as the rotation of the crops within the three-strip system. More important matters were referred to the Hundred Moot to be discussed by the leaders of the ‘Hundred’ villages. With Staffordshire having onlyabout 3,000 inhabitants this meant that the whole of the county had only five ‘Hundreds’.

Fulford came under the jurisdiction of the Pirehill Hundred. The inhabitants of Fulford would still have been heathens at this time and so their dead would have been either buried on the top of one of the nearby hills, or have been covered with mounds of earth or stones.

During the reign of Henry II, who reigned from 1154 to 1189, Fulford Manor was appropriated as a cell of the Kenilworth Priory to the priory of Augustinian Canons which had been founded by Robert de Stafford in 1100. At this time Fulford stood on the edge of the New Forest which extended eastward from Newcastle-under-Lyme and southward down the Trent to the Tixall area.

This forest is said to have been created by King Henry II in 1166, but with the exception of the area between Newcastle and Hanley, was virtually disafforested by King John in 1204, though timber was still being gathered in this pocket of forest in 1423. After the Norman Conquest Fulford was then created a Manorial Dependency of the great Norman Baron Robert de Stafford, and was situated in the Pirehill Hundred.

In the early 1300’s Adam de Fulford was Lord of the Manor of Fulford and was living at the Manor House which is thought to have once stood where Fulford Hall Farm now stands. In 1327 Adam, along with others, was accused of forcibly entering Trentham Priory in the name of the Earl of Leicester. The Earl of Leicester at that time was Thomas, Lord of the Manor of Newcastle, who himself was eventually executed for rebelling against his cousin, King Edward II.

In 1481 it was recorded that “Robert Wyre, Prior of Stone, sued John Foden of Fulford for breaking into his close at Fulford and pasturing his cattle on his grass”. Apparently no verdict was given. When Stone Priory was dissolved as part of the ‘Dissolution of the Greater Monasteries Act’ by Henry VIII in 1539 and given to George Harpur, Fulford was divided into reasonable-sized farms, and by the time of the Civil War it had become a closely knit agricultural society.

However because many of the inhabitants refused to contribute to the weekly pay of the Roundheads all of their cattle were seized. By now Fulford consisted of between thirty and forty houses. At least two of the lanes from that time still exist if the recognised theory that each separate established species of bush or tree in a thirty metre length of hedgerow represents one hundred years, Baulk Lane and Cockieshall Lane. There must be others, but the hedgerows have disappeared. Towards the end of the 17th century the Fodon family were Lords of the Manor of Fulford with the family seat being at Fulford Manor. Then Thomas Allen inherited the title in the 18th century and it was passed down through his son Thomas and his grandson Thomas to his great-grand-daughter
Lady Pilkington.

In 1851 William White wrote in his “History, Gazetteer and Directory of
Staffordshire” that “Fulford is a township and chapelry… Lady Pilkington, as heiress of the late Thomas Allen, Esq, is lady of the manor of Fulford. Fulford Wake is on the Sunday after All Saints day”. Another member of the Allen family was the Rector of Stoke from 1699 to 1732, and he later became the Dean of Chester.

Another famous citizen of Fulford was Rev. Stebbing Shaw who was
born in the parish in 1762. He was to become the author of the now rare and highly prized ‘History and Antiquities of Staffordshire’, a project which took its toll of his health as after publishing the first two volumes he broke down and became insane. 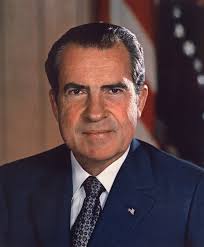 In 1702 a young lady named Ann Inskeep and her brother John, both of whom had been born in Fulford and had lived there for about 30 years, emigrated to America. Ann’s 6x great-grandson became the 37th President of the United States of America. His name was Richard Nixon.

Find out more on the history of Fulford